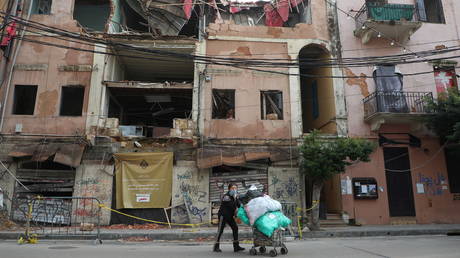 The Lebanese government has said it will receive $1.135 billion in International Monetary Fund (IMF) Special Drawing Rights as the newly formed government tries to tackle the worst economic collapse in decades.

On Monday, Lebanon’s Finance Ministry said in a statement that the central bank would be receiving $1.135 billion in Special Drawing Rights (SDRs) from the International Monetary Fund (IMF) on September 16.

SDR is an international fund created to supplement the official reserves of IMF member countries. The allocation will comprise $860 million from 2021 and $275 million from 2009. The IMF announced in August that Lebanon would be receiving $607.2 million of SDRs although a deal with Qatar saw the figure transformed into $860 million, with the funds entering the Lebanese central bank in mid-September.


On Friday, after 13 months of political deadlock, Prime Minister Najib Mikati formed a new cabinet and signed it into a decree alongside President Michel Aoun. The government’s formation also paves the wave for further talks with the IMF.

The deal provides some hope that the country, once prosperous, can overcome its deep financial troubles that have seen some three-quarters of its population plunged into poverty.

Foreign currency depletion has also played its part, leading to shortages of basic goods such as fuel and medication in recent months. In July, two important power plants, providing around 40% of the nation’s electricity, shut down with foreign banks refraining from signing off on transactions that would allow Electricite Du Liban to unload two fuel shipments waiting in port.